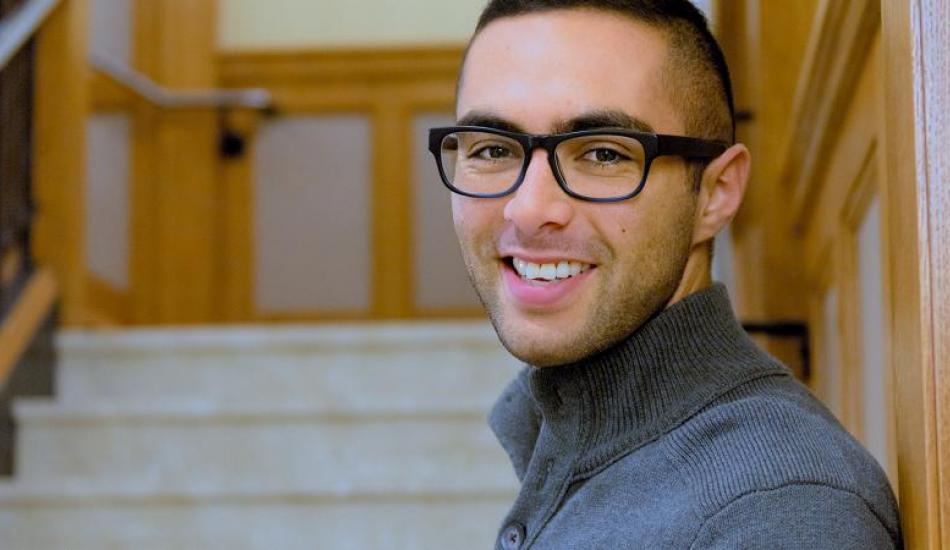 After graduating from college with a degree in international relations and spending six months volunteering in Peru, Jake Silva felt unsatisfied with his international affairs career in DC.

He was intrigued, though, by innovations in the tech field, where apps like Uber were beginning to emerge. “Entrepreneurs were taking all of these ideas and using technology to create products that changed people’s lives,” he says.

Starting from the basics, he taught himself HTML and CSS using tutorials he found online. Eventually he asked a programmer friend how designers build sprawling sites like Facebook. The friend told him about databases, and Jake started learning about back end development.

After a couple of years, he decided he was ready to take on clients. He started small, finding work through people he knew from high school. His first project was for a mechanic who was starting a mobile oil change service and wanted a site where people could go to schedule the time and place, and other work followed.

“I wanted to build a portfolio of at least six or seven sites,” Jake says.

He also began networking. Through the DC Young Entrepreneurs Meetup group, he met a web designer and developer who was starting a full-service creative agency and joined the fledgling company. For his first project there, he built a portal for a gym to provide its clients with on-demand nutrition plans and custom exercise programs.

While Jake broke into the tech field on his own, he decided his next step was a master’s degree from an iSchool. “I wanted to formalize my knowledge and gain a better theoretical background as well as formal experience,” he says.

In the end, he chose UMSI. One influence was the Professional Practice Fellows Program, which he was invited into after applying to the school.

As part of the PPFP, which provides a full tuition scholarship, stipends and other benefits, Jake works three days a week on JSTOR’s Labs Team, whose mandate is to find new ways to connect users to JSTOR’s massive database of scholarly content.

“I think the defining perk for me is the job: that I’m going to get two years of practical experience while I’m in school,” Jake says.

Labs Team projects cover everything from Shakespeare to sustainability and utilize skills ranging from UX to brand development. Jake’s favorite project so far has been an app, Understanding the US Constitution, that began during Labs Week, an intensive one-week build of a product from inception to working prototype.

“I got an insider view of how a product is made from beginning to end,” he says.

The team has continued developing the app, which helps people search for scholarship related to the US Constitution based on the type of content they want and the part of the Constitution to which it relates. “One of the things I was involved in which I really liked was, we were trying to evaluate these concepts and designs we came up with during Labs Week,” he says.

To do this, he stood outside a coffee shop and asked people to come in for a survey with him and his team. He even got a chance to lead the testing, coming up with the questions and a script, taking notes and writing it up. “It was interesting to see how the product further developed from that research,” he says.

The app, the Labs Team’s first, is in its final stages before release.

As summer approaches, Jake is preparing for an internship at Uber, where a position on the product design research team will let him blend his interests in UX and data. “I would love to use data to inform design,” he says.

While he’s no longer in international affairs , he feels like his background there—including studying and volunteering in Costa Rica, Nicaragua and Peru—has made him a better UX designer. “I think that helped me gain the ability to put myself in someone else’s shoes and understand them,” which is important in UX design, he says.