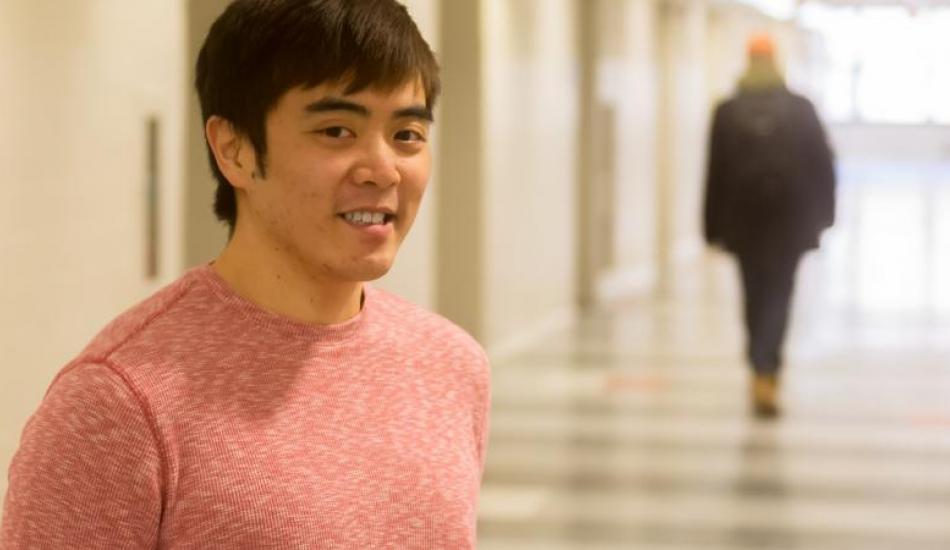 Stephen Liu began his journey into the human-computer interaction field as an undergraduate student--he just didn’t know it at the time.

A native of the San Francisco Bay Area, Stephen attended the University of California San Diego and earned a degree in music technology and new media art with a bit of computer science tossed in. After graduating, Stephen worked as a CAD Librarian for PalPilot, an engineering and manufacturing company. But after taking a Coursera class in HCI, and realizing that the content was similar to his undergraduate studies, Stephen decided to pursue a career in HCI.

As he researched HCI programs, Stephen’s interest in UMSI peaked when he attended Visiting Days and learned about research that professors were involved in. “I wanted to leave California to experience another culture…and to see what winter was like,” laughs Stephen. “It’s important to see the world—and that doesn’t necessarily mean globally—it can be within the same country. If you want to work as a designer, you have to learn about people.”

In his first year, one of the classes Stephen registered for was SI 538: Citizen Interaction Design, which he deems as “one of my best experiences.” In the class, Stephen and his team members worked on a project for the City of Jackson, Mich., called “Where is the Bus When?” The challenge of the project was to help the Jackson Area Transportation Authority (JATA) identify more ways for potential and current bus riders to have the basic information they need to ride the bus.

Stephen and his team developed two solutions: they designed a new web interface to complement JATA’s existing website and designed new posters and signs for bus stops and shelters to let riders know which bus line they’re on and where that bus can take them. Stephen and his team presented their project at ExpoSItion, an annual UMSI event where students exhibit projects to potential employers, peers, prospective students, and faculty. His team won first prize in the community/service category.

“It was a cool project,” Stephen says. “It was a good chance to see the inner workings of a public transportation agency.”

He also participated in Michigan Makers, an after-school program that helps students engage with technology while promoting group work and peer mentoring.

In the summer of 2014, Stephen interned at IBM design in Austin, TX, where he worked on a five-intern team as a front-end developer and also contributed to design research and UX design. “I learned a lot about what it’s like to be in the field of design,” he says. “My coursework and internship helped me see how I perceive myself and how others perceive me in this field.”

He also learned about ego and failure.

After graduating in May 2015, Stephen hopes to obtain a position in UX design, though he says he wouldn’t mind working as a front end developer as well. “The information field is constantly changing and evolving,” he says. “You have to be willing to adapt.”