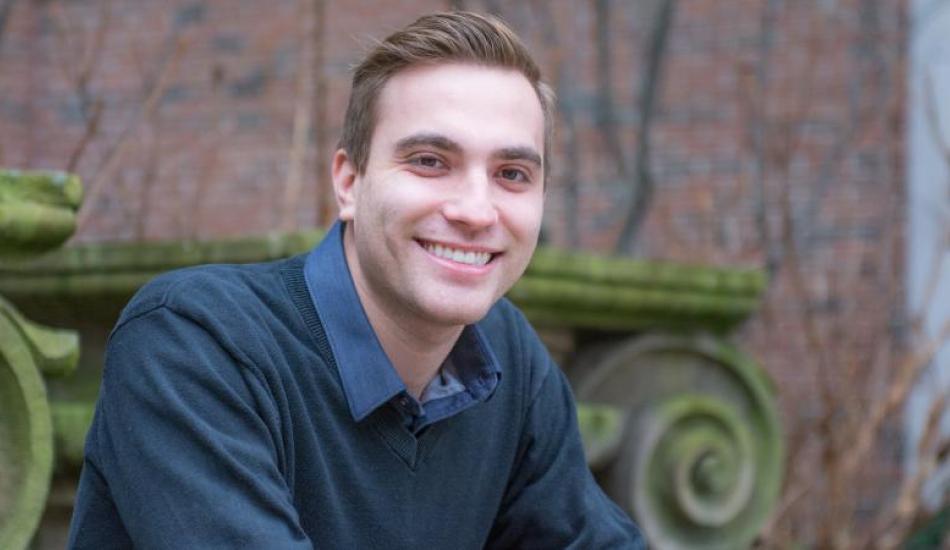 It might have taken a few years for Ben Zimmerman to discover his true path, but now that he’s found it, he’s unstoppable. From a stint in the U-M College of Literature, Science and the Arts to a couple semesters at Washtenaw Community College to a likable but not meaningful stretch as a waiter at the Real Seafood Company, Ben’s learned from everything he's done.

“It took me awhile to figure some things out, but right now I’m where I want to be. I’ve always liked research. I love playing with new technology. I wanted to do something relevant. It feels right for me to be on this path in the School of Information.”

Ben’s a native Ann Arborite. His dad teaches in the School of Public Health. He had experience with both U-M and Washtenaw Community College in Ann Arbor. It’s likely U of M has always been on his radar. That explains why, now that he’s enrolled here as a BSI student, he’s heavily involved as well: He's figured out what he really wants to do.

Ben is the VP of the UMSI Bachelor’s Association and he sits on the Undergrad Committee. As part of the committee, he gets to offer input on new classes. One class he strongly supported for adding to the curriculum when it was first suggested is one he’s taking this year, SI 360: Succeeding at Failing: The Art of Entrepreneurship in the Information Age.

“We’re all going to fail in our lives, but how do you develop the resiliency to pick yourself up? That’s what this class addresses, and I think the topic is fundamental to how one can succeed today.  Maybe my early college start wasn’t the smoothest but it gave me the opportunity to try and to try again. The message is ‘Don’t be afraid to take a chance on yourself.’ That’s a critical life lesson.”

Another critical life lesson? Turning something you love into a job. That’s also on Ben’s agenda.

“I remember the first Game Boys and Pokemon Red and Blue. I still love playing video games. So why not turn something I enjoy into a career? Why not work in an industry that I’ve been a consumer of?”

Ben has parlayed his enthusiasm for video games into two organizations on campus. He’s the co-president of U of M InfoGamers and the director of business development for Michigan Premier ESports.

“You've got to have focus and care about what you’re doing. You need to do something you enjoy. The ESports group is about trying to push my way into the video game industry. And InfoGamers is a way to create networking opportunities for students. My goal is to work in the industry. That’s what drives me.”

Ben is on track to graduate with a BSI in 2018. He plans to find a job that challenges him. He’s confident that what he’s learning at UMSI will position him for success.

“What I love about the professors is that they’re not merely teaching us technical skills. It’s so much more. We’re learning about industry standards and what to expect in the professional world.”

With a 16 credit course load this semester, Ben has a very full schedule. He devotes time to the InfoGamers and Esports groups when he can. After that, he’s probably squeezing in a few hours for video games. “It’s my favorite hobby,” he says. “But I don’t let it define me.”