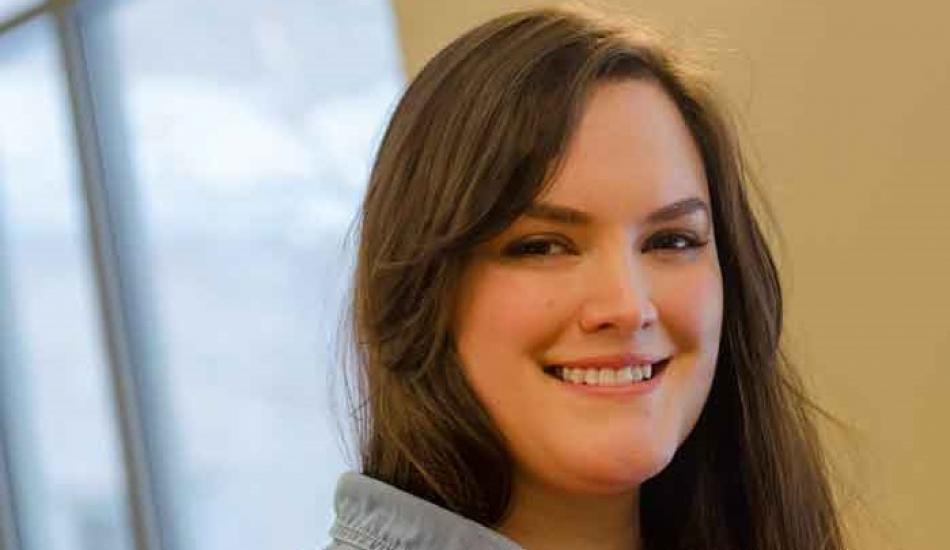 First-year MSI student Alex Quay has loved children since she was a teenager. Now she is working toward a career as a school librarian, which she sees as a way to help children develop both educationally and socially.

“It’s fulfilling when you’re guiding them and teaching them in some way,” Alex said. “They are so open and interested in the world. You get to see the world through their eyes. I want children to feel good – not just support their education, but support them as human beings.”

Alex has over a decade of experience working in daycares, preschools and elementary schools, even as a nanny. She was a tutor and teacher’s assistant through America Reads/America Counts from 2001-2005, helping lower east side Manhattan public elementary school children struggling with reading, writing and mathematics. “Unfortunately, I got to see what it means to be a public school in an area where there’s hardly any money,” she said. “The kids just wanted somebody to talk to. Having an adult to trust was a big deal for them.”

After receiving her BA in creative writing and linguistics from New York University, she first thought about becoming a children’s book author. “Ten years later, I realized it’s all about the children and media and the connection you can make educationally and socially,” Alex said.

While working at Chelsea Day School, a Manhattan private preschool where she oversaw day-to-day operations and the school library for the past four years, she developed a relationship with a girl who didn’t want to leave school at the end of the day. Although children weren’t allowed to check out books, Alex decided to let the girl take home a book each day to help with the transition. “At the end of the year she painted a picture with a note on the back which read, ‘Ms. Alex, you are a heart hanging from the sky.’ I thanked her and gave her a big hug and went to the restroom and had a big cry.”

Alex realized she was “barely scratching the surface” without enough time to conduct formal classes, teach children how to use the library and respect materials, or even help them choose the right books. “I didn’t get to see the effects it made with the children,” she said. “For me, it’s about connecting to the child as a whole and trying to get them to reach their best in every way possible. I wanted to get my master’s so I could do it in a deep and meaningful way.”

UMSI is the perfect fit for her. “I love the U-M professors, and everyone that I met was so passionate about what they were doing,” she said.

As part of the UMSI program Michigan Makers, led by Kristin Fontichiaro, Alex and other volunteers have developed public school programs where students engage in creative activities in the areas of math, science, engineering and technology. Projects can range from sewing to computer programming. “It’s giving the students this awesome educational and social experience,” she said.

She is specializing in School Library Media and Library Information Science and earning her teaching certification. She plans to graduate in the spring of 2015 and reunite with her husband, Ian, who began working in Los Angeles at the same time she started her MSI program. “That’s been a challenge,” she said, adding they see each other once a month. “We have our weekend FaceTime dates.”