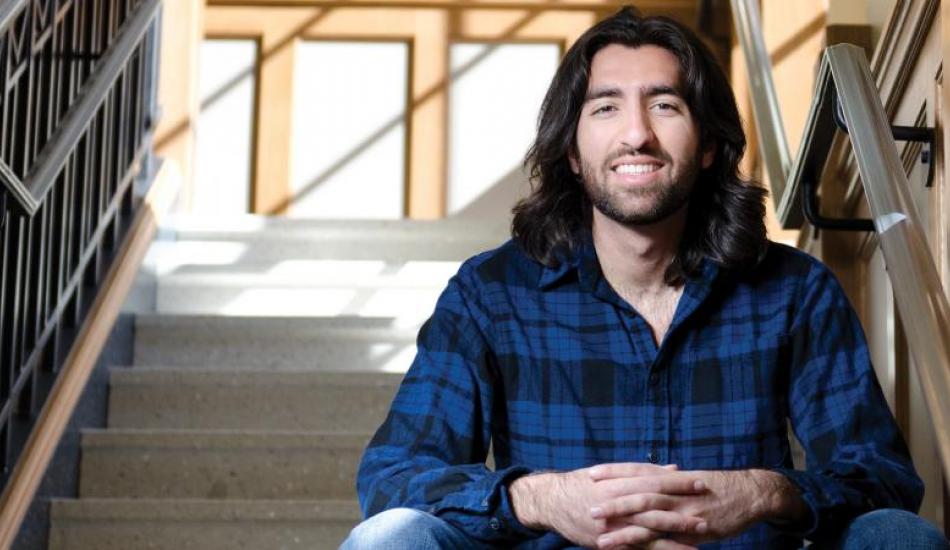 Omid Farivar (MSI ’12) is a user experience researcher at Facebook, where he runs studies to help designers and engineers build better products for the Facebook community.

“There have been times when we needed a direction to go in, or we wanted to better understand a region or population with no existing products or features in the works,” Omid explains. “In these cases, I’ve been responsible for doing foundational research that leads to new products and features, and more research that builds on top of that foundation.”

The native Californian discovered his interest in research during an internship with Blizzard Entertainment following his first year at UMSI. During that summer, Omid worked under the mentorship of both Battle.net designers and user researchers. “It was after this internship that I really came to terms with my passion for research and my desire to do this as a full-time career, post-SI,” Omid says.

Following graduation in 2012, Omid worked for two years as a games researcher at KIXEYE, a gaming start-up focused on making Facebook and mobile games. His transition to Facebook, he explains, involved wanting to “take on a new challenge, a change of industry, and the chance to have a greater impact.”

When asked how his time at UMSI informs the work that he does now:

“For starters, I wouldn’t even be considered for a job at Facebook without a master’s degree! Plus, it speaks volumes that we have a lot of Michigan representation here,” Omid explains.

“Ultimately from UMSI, I got a great blend of research skills, learned how to deal with bad teams and understand teamwork, and became more fascinated and educated about the constantly developing world of HCI,” Omid adds. “All of the classes I took were like puzzles pieces that I eventually figured out how to sort and fit correctly into my life now.”

When asked to describe one of his most memorable experiences at UMSI, Omid replies, “The honest answer? MOMID Productions!” He explains that these were SI house parties that he hosted with a fellow classmate, fully equipped with fog machines and laser projectors, with Omid as the class DJ.

At the moment, Omid is actively involved in public speaking and mentorship. He is also exploring the world of improv and holding ad-hoc Dance Dance Revolution (DDR) classes on Friday afternoons (as he was previously ranked 4th in the world for a game similar to DDR, called In the Groove). “I love video games that mix socialness, beautiful art, compelling stories and skill,” Omid says.