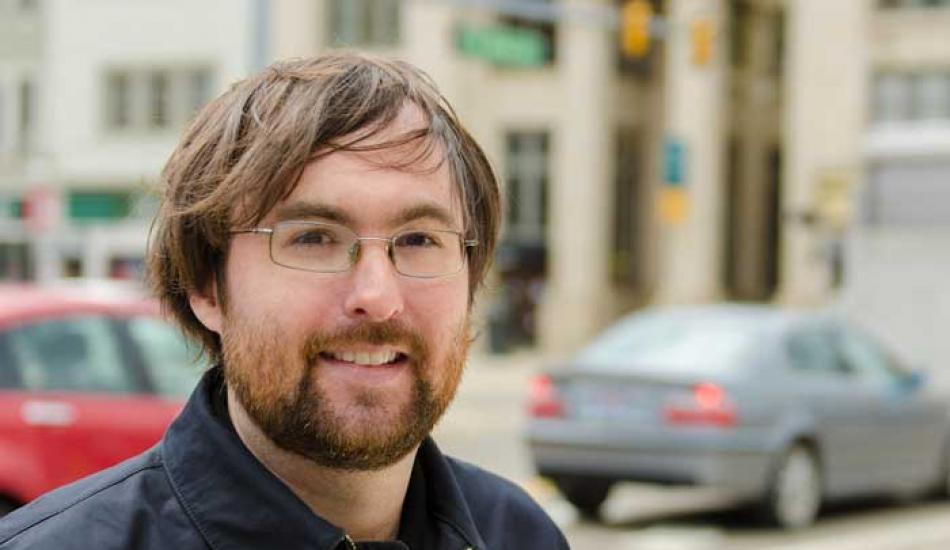 With both parents having been editors at Yale University Press, “I didn’t have much choice growing up – we read,” said Patrick Galligan. He wasn’t simply content with reading, though. Patrick was curious about what the authors were feeling, and of the world swirling around them, at the time they wrote a noted piece. Who were they corresponding with? What events influenced their plotlines and character development? He wanted to get into their heads, so to speak. Now a second-year student studying Archives and Records Management, “I hope to one day be a curator at a special collections or archive specializing in historical or literary documents and books,” he said.

Patrick has already gained archival experience working at Clements Library, primarily with historical, Americana manuscripts from the Revolutionary War up to World War II. One of his most interesting finds occurred his first week on the job when he was assigned to catalogue Benjamin Franklin’s letters to a friend, a British loyalist, on the Stamp Act. “Those were some really interesting letters to look at and process,” he said. “I want to increase the avenues of access to those documents by harnessing technology. That’s the challenge I find exciting, bridging the gap between what users want and their research needs through digitizing images and documents. Suddenly, we make it so much easier for scholars to do their work, even thousands of miles from the archive.”

In addition to working at Clements, Patrick has been serving as an information mentor for UMSI since September. Part of the reason he was interested in applying was because an information mentor had a major impact on his decision to come to UMSI. Being a mentor to others “was a chance for me to give back to the school,” he said. “Plus, I had my own selfish reasons. It’s been great project management experience. I enjoy hearing what other people are interested in and hoping to do in the future; that’s probably the most exciting part of this school. Some of the people I meet are thinking years into the future.”

Patrick said the UMSI community, particularly the professors, has been extremely open and helpful in terms of networking with employers. “I’ve had the best experience with the professors. In my mind, they are really the best in their field. Not once have I felt like I was lacking in support or instruction,” he said. “In general, the community has been amazing – fun, supportive and scholarly all at the same time.”

Patrick earned a B.A. in English and American Literature with a focus on Irish Literature from New York University. In addition to his passion for books, he admits he’s become something of a “multi-media junkie” who loves watching television and going to the movies with his fiancé.