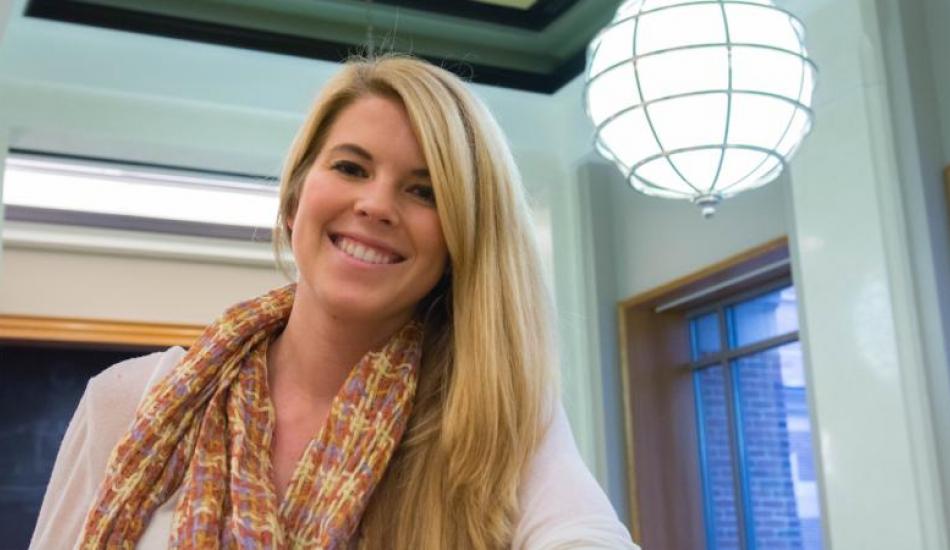 An unlikely event triggered Kat’s interest in global health and population informatics. As a high school student in Colorado, Kat injured her knee during a freestyle skiing competition, landing her in months of physical therapy. While in therapy, she befriended another patient, a local nurse who was traveling to Tanzania the following fall on a medical mission trip. As their friendship developed, Kat asked the nurse if she could join her in her travels. Kat spent two months of her senior year working at a USAID maternal health project, as well as in the infant ICU in a hospital in Haydom, Tanzania. Kat’s time in Tanzania provided her with a unique opportunity to observe the difference between public health and medicine firsthand. Rather than return home with the desire to pursue a career in medicine, she found she was far more intrigued by the complex set of systems that influence and shape population health.

When it came time to apply to college, Kat selected schools that had global health departments. Specifically, she was interested in attending Middlebury College as ‘February start student’ in order to take her first semester off to partake in a longer, more sustained public health experience abroad. Instead of going off to college, like many of her peers, Kat spent the fall in Udaipur, India, as an intern for an NGO that was working to facilitate the relationship between traditional healers and the modern medical system.

During her time at Middlebury, Kat was a leader of a global health student organization and completed another public health internship in Rwanda. She went on to receive dual degrees in geography and global health. As a geography major, Kat specialized in geographic information systems (GIS), or computer mapping, which is where she first realized the potential to leverage technology to improve population health.

Although Kat applied to a number of health informatics programs, the U-M Health Informatics program was Kat’s top choice. What she liked most about U-M’s MHI program is the partnership between the Schools of Information and Public Health as opposed to other programs’ that were situated in schools of medicine or departments of bio informatics. She felt the school’s mission aligns with her own passion for public health and data analytics, and was excited to learn from and work with professors, such as Tiffany Veinot, who investigate how health informatics resources can be used to improve the health of marginalized populations.

“I have been impressed with the structure of the MHI program,” Kat said. “I came into this program with a clear focus — population informatics — but I didn’t fully understand how all the different dimensions of the field interact. I really appreciate that as students we’re comprehensively exposed to all the different aspects of the field from EHRs to consumer apps to health IT policy. We see how all the diverse components of our health system are interconnected. And when I go into the field, I’ll know I’ve already gained valuable, real-world skills.”

In the summer of 2016 Kat interned with Professor Kevin Dombkowski, learning about how to data mine Twitter for disease surveillance to spot potential outbreaks. It’s this sort of work that excites her about population informatics.

“I’m interested in how we can integrate nontraditional data sources, such as social media data, into public health practice. Traditional methods of public health data collection can be slow. Other ways — such as data mining tweets or other forms of social media — can be faster, but are less reliable. This is the beginning of this field. It’s great we have all this information, but what can we do with it? What does it tell us?”

“It was extremely gratifying to visit Ghana to talk to the officials for whom we were providing data. They saw value in it. It’s a great experience meeting the people in the field— the human component grounds our research. We see that we’re not just talking about a single dot on a map, but an actual human life.”