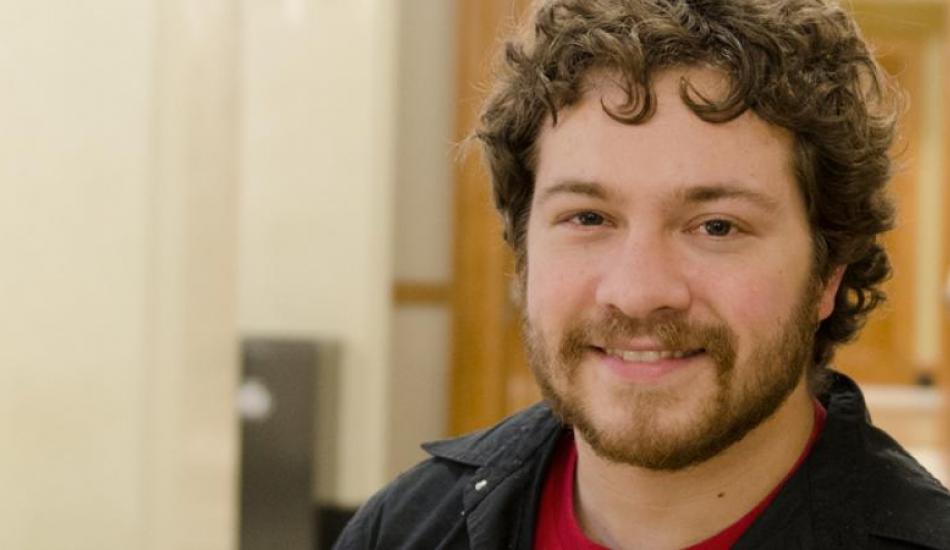 Dustin Hodge came to Michigan to build on his dual undergraduate degrees in informatics and applied and computational mathematical sciences from the University of Washington by adding two more: an MSI focusing on human-computer interaction and a Master of Urban Planning. Taking advantage of the flexibility that Michigan offers to dual-degree students, he is building bridges between the two fields.

In the few years between his undergraduate education and UMSI, Dustin completed a co-op in software testing methods at Microsoft and stayed on to work there as a feature tester for various software products. After gaining valuable experience at Microsoft, he accepted a volunteer position with Knowledge as Power, where he was responsible for conducting usability studies on a major redesign of Seattle’s web presence.

He began at UMSI by building on his informatics training and focusing on human-computer interaction. During his time here, he has consulted for the University of Michigan Cancer Informatics Team and the Graham Environmental Sustainability Institute, completed an internship with Vectorform in metro Detroit, and built additional skills in the user experience field. While all of this work has contributed to an already strong background in human-computer interaction, it is the pairing of degrees where Hodge’s killer app is starting to take shape.

One critique of contemporary urban planning is that its methods of data-gathering and user needs assessment don’t necessarily foster the most efficient and usable design for cities’ features. Dustin proposes a framework that combines the new understandings of human behavior uncovered by the HCI field with traditional urban planning methods.

In HCI, one of the flagship tools for design is rapid prototyping. In this process, users and designers interact as systems are quickly proposed and iterated based on data-driven feedback. To the question of how rapid prototyping might be applied to urban landscapes, he answers: “It’s already there. The food truck is a perfect example.”

He explains that food trucks function as prototypes for the retail potential in a certain area. They can be rapidly redeployed or reconfigured, gathering metrics on the market for different food items with no capital costs and minimal risk. He extends this concept to the deployment of systems that more accurately measure user needs and existing usability problems in systems as diverse as mass transit, pedestrian access, and zoning.

As city planning efforts in the U.S. continue to feel pressure from reduced budgets and increased demand for services, Dustin’s efforts to bring HCI usability principles to municipal design should be well-received. Whether it’s designing for Detroit’s transit needs, reshaping the socioeconomic landscape in Miami, or guiding Seattle’s nascent transit system build-out, his application of an informatics-driven, usability-centered approach to urban planning may soon be seen.