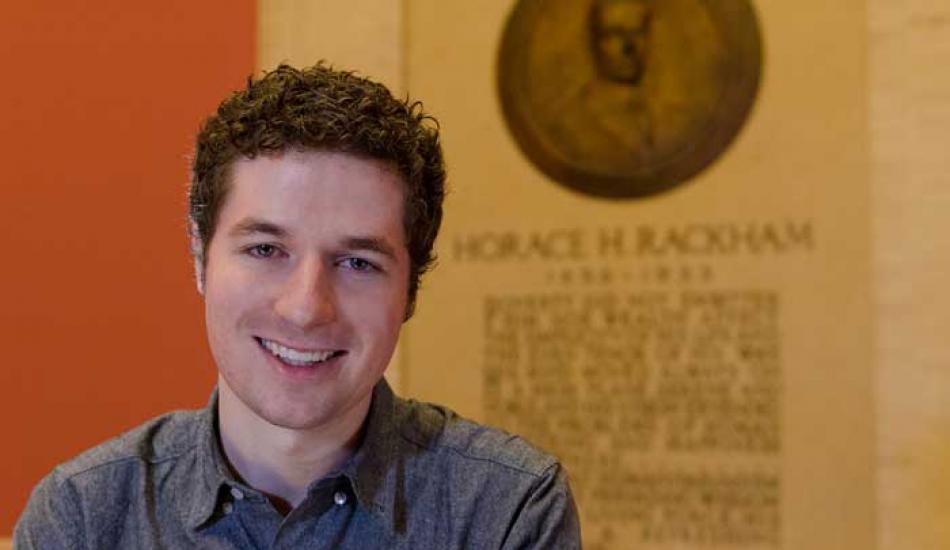 Like a lot of people, Rob Thomas’ career in information technology grew naturally, out of a curiosity and inclination to learn as much as he could about computers. Though he majored in English during college, “I took a bunch of computer science classes as an undergrad,” he said.

After graduating from Carleton College in Minnesota, he was hired by Google as an account associate and moved to Ann Arbor. Again, he started taking classes, this time at Eastern Michigan University. After a couple of years, Rob said, “I figured I should start earning a degree.”  Rob is now finishing his second semester as a part-time UMSI student, diving into many areas he’s encountered in his job at Google.

“It’s exciting to be able to study all of the things I was interested in already,” he said, noting that SI 500 - Information in Social Systems: Collecting Flows and Processing has been his favorite course so far. “At work, you learn through word of mouth and the information can be very myopic,” said Rob. “It’s good to learn about the history and the theoretical underpinnings of different applications.”

Starting out at Google, Rob worked in the call center and found “you can quickly learn about a product by listening to all of the things that go wrong with it and trying to help correct those things,” he said. Less than a year into the job, he was tapped to join the sales strategy team, studying large datasets to improve Google’s mobile advertising sales. He also looks at ways to influence how consumers make product decisions. For that reason, Rob said he is particularly interested in UMSI Assistant Professor Erin Krupka’s work around designing so people take certain actions to buy and sell. “It’s not simply applicable to sales,” Rob said, “but to such things as figuring out how to encourage people to donate to a charity or to recycle.”

Rob grew up in Wichita, Kansas, an airplane manufacturing town. He said Ann Arbor has provided him a place where he can live communally, and without a car, which fits well into his low-imprint lifestyle. “I try not to consume too much and, when I do, I really think about my consumption,” he said. In his spare time, he enjoys hostelling, playing soccer, and reading fiction. On Google+, he brags that “I now have lived in three of Major League Baseball’s five AL Central markets.”