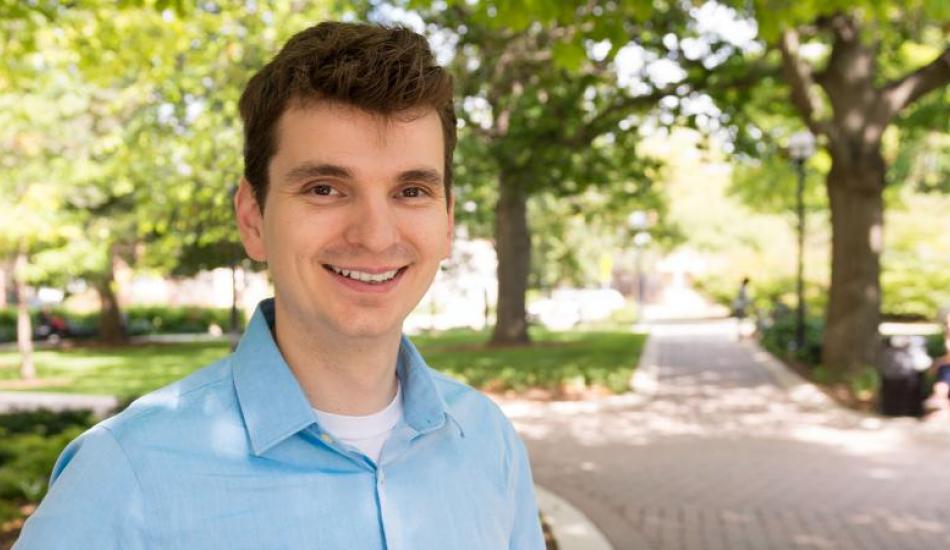 Hailing from Belgrade, Serbia, DJ Petrovic began his professional career in the U.S. as an emergency medical technician (EMT). Within this setting, DJ came to realize that the paper-based records provided to EMTs were inefficient, and began recommending the adoption of electronic health records (EHRs).

At the time, he didn’t know that EHRs were at the forefront of an emerging field of health informatics.

“As an EMT, I was putting in recommendations to my company, saying this would be much easier if we had EHRs, not knowing that this was actually a thing going on,” DJ said. “When I researched the program, I said ok, this is perfect because this is exactly what I was looking to do.”

They met in Denali Park, Alaska, DJ explains, during a summer work and travel program that was offered through DJ’s undergraduate institution. When he returned the following summer for their wedding, the couple decided to relocate to Ann Arbor for his wife to begin her graduate education.

Soon afterwards, DJ entered the MHI program and found that with his experience in healthcare and a natural talent and affinity for technology, the MHI program was a perfect alignment of his interests and background.

“I’ve always liked new technology,” DJ said. “As a kid, I would disassemble my old Commodore 64 just to see how it worked, and then I would assemble it again. People also came to me for help with their computers or some program that wasn’t working, and it was always interesting and challenging for me to find a solution.”

Now a second-year MHI student, DJ has been able to supplement his academics with two summer internships. Through the School of Public Health, DJ was able to work with an independent research institution in Beijing, China, exploring the influence of technology on China’s healthcare industry. He also interned for PricewaterhouseCoopers (PwC), where he was involved in hospital EHR implementation. Following graduation, DJ will continue to work for PwC as a technology consultant within the healthcare industry.

“Educationally, the great thing about the program is that it’s part of two schools that are at the top of their fields, with a lot of resources, networking events and funding opportunities if you want to do more internships,” DJ says.

For students considering the MHI program, DJ advises that interest in both healthcare and technology is essential for success within program.

“That’s what this whole field is about,” he says. “If they’re lacking experience in one, they shouldn’t be discouraged to apply, because the program provides great support in catching up in the things they lack in. So if they’re not tech-savvy, they can have a lot of programming courses and catch up with that, and if they don’t have enough health experience, they can have a lot more public health classes and catch up there.”