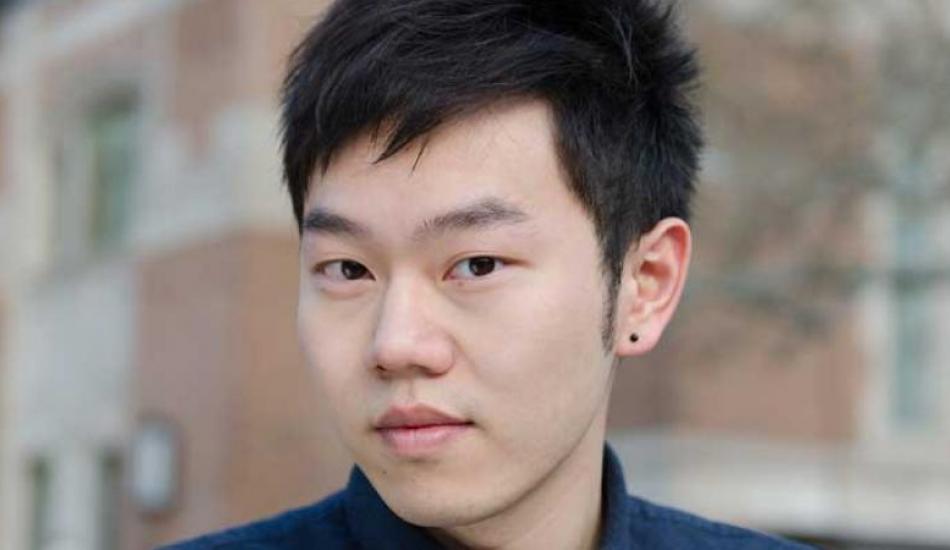 Yanqi Wu carefully considered several iSchools before choosing UMSI. He received his undergraduate degree in vehicle design from Tsinghua University, and it was his passion for human-computer interaction that led him to pursue a graduate degree in HCI in the United States. It was a huge decision for him to leave his family and friends in China, and he admits that the first semester was challenging because of the language and cultural differences.

“What helped me a lot was that I have a bunch of friends in the program from China,” he said. “We kind of made it through together.” His SI 501 group, which every student is assigned to in their first semester, was also helpful, as well as all of the classes that assigned group projects. “I still remember that first presentation; it was a huge obstacle to me,” he said, describing how each presentation he gave was progressively easier. “Now, I can speak on a subject without any preparation.”

Earlier this year, in fact, Yanqi served as the team leader on a group project titled “Collaborative Timeline: Toward the Next Generation of History Learning.” He and his team created a website where scholars, students and history fans can collaborate on historical timelines. They won a chance to participate in the 2013 iConference Social Media Expo in Texas, where Yanqi gave the project presentation.

During his time at  UMSI, Yanqi interned at FOUR32C, a digital design and interactive product development agency, and Pro Bono Net, where he evaluated the web app LawHelp Interactive. In spring 2013, he worked with several other students to develop an app called CityTutor and presented the mockup at UM’s expoSItion.

Yanqi says his experience at UMSI has given him more than just professional, communication and interpersonal skills: it’s given him a valuable new perspective that combines both Chinese and American cultures. “In Chinese culture, you don’t speak out, even though you might know things. You don’t just go straight to the point. You give people several examples that will lead them to the point you’re trying to make,” he said. “In western culture, it’s straightforward. Now I get to the point. The western culture has been mixed into my own communication style and I can use everything I’ve learned here in my personal and professional life.”

Having recently graduated, Yanqi is looking for a position in the States where he can hone his user experience skills. “Eventually, I’m hoping to start a user experience consulting company in the United States and then expand it to China,” he said. “That’s where my passion is, designing interfaces that facilitate human information processing that result in pleasant user experiences.”