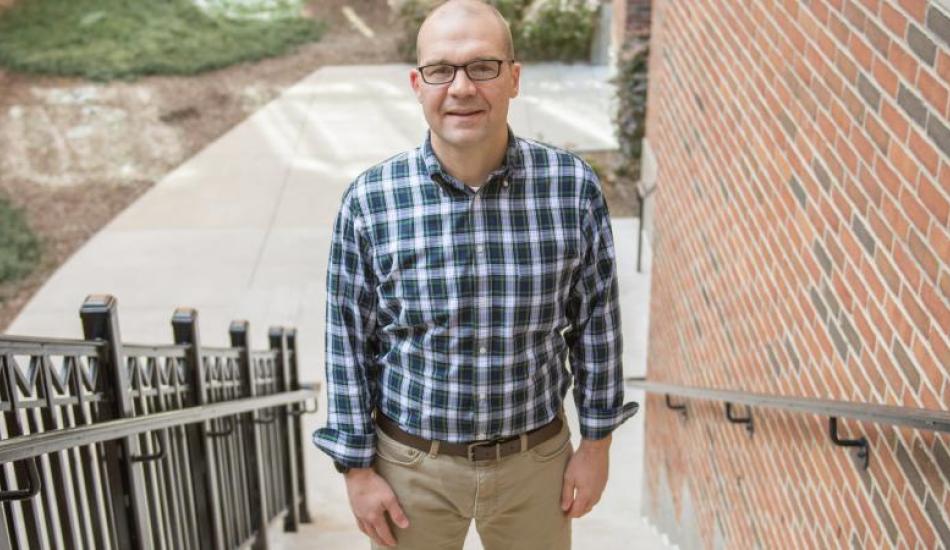 When Uncle Sam asks if you’re interested in pursuing a master’s degree, you say yes. That is, if you’re Navy Lieutenant Jeremy Griswold. Every year, Jeremy’s commanding officer offers the opportunity to pursue advanced degrees in varying fields. In 2014 the option was for a master’s degree in health informatics; Jeremy wasn’t going to pass it up.

“When the opportunity presented itself, I was ready.” He says. “I looked at different MHI programs but the U-M program is one of the top in the country. Plus my family and my in-laws are here. My next orders might be to relocate, so it’s nice to be ‘home’ for at least the two years that I’m in the program.”

He was accepted to U-M in 2014 but had to defer enrollment for a year. “At the time I was accepted, I was living in Guam and working at a hospital there. I had to finish my three-year assignment before I could work on this degree.”

Jeremy views the attainment of this master’s degree as a chance to open up different career paths. “I didn’t necessarily want to be a pharmacist forever. It’s a decent job, but there’s a bit of a grind to it. Working in the navy, working in a hospital, I see the efforts to standardize and I wanted to learn more about that. I wanted to see if I have something to offer the Navy in its healthcare operations. This program makes me believe that I do.”

A native Michigander, Jeremy received his bachelor’s degree in pharmacy from Ferris State University. It was in 2009, after the economic downturn, that he joined the military. He hasn’t been disappointed.

“The Navy is a great organization, right now they’re paying for me to go to school. Even though you probably won’t see me in a uniform on campus, I am on active duty. My military orders at the moment happen to be ‘Go to U of M. Get a degree.’”

As a Navy man, Jeremy is used to working with diverse groups of people. Perhaps that’s why he’s been happy with his interactions at Michigan.

“I’ve been impressed with the professors. They’re all approachable and down to earth. In the military, everyone has a different background. Not everyone looks like me. We all have these amazing experiences that we bring together to work on issues. I’ve noticed the same thing in the School of Information. Not everyone is the same age or is from around here. Everyone has something unique to offer and it’s really refreshing.”

Jeremy is a dad and, therefore, doesn’t have much free time. “I have three children. I’m always driving someone somewhere. When I do get out, it’s usually to get some fresh air with my running club.”