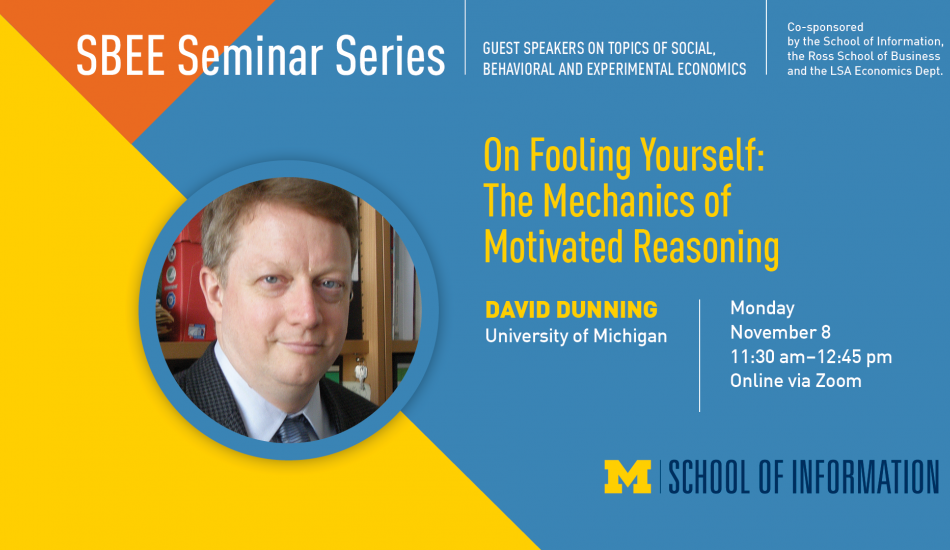 On Fooling Yourself: The Mechanics of Motivated Reasoning

People have a remarkable talent for reaching conclusions about themselves, the world and their place in it that flatter themselves. The tendency has many names: rationalization, wishful thinking, self-deception, defensive processing— but the main overarching term is motivated reasoning. In this talk, Professor David Dunning will discuss psychological perspectives on motivated reasoning. Dunning will touch on the variety of motivations that underlie people’s judgments (or whether any motivation does at all), the reach of motivated reasoning, and finally potential psychological mechanics that support it. 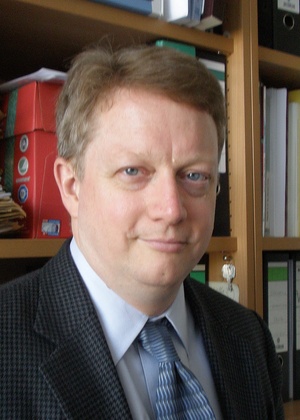 David Dunning is Professor at the University of Michigan and a social psychologist focusing primarily on the psychology underlying human misbelief. His most cited work shows that people hold flattering opinions of their character and competence that cannot be justified from objective evidence, work supported by the National Institute of Mental Health, the National Science Foundation, and the Templeton Foundation. An author of over 150 journal articles, book chapters and general interest pieces, he is half of the team responsible for describing the infamous Dunning-Kruger effect, in which ignorance fails to recognize itself. His work has been the focus in episodes of NPR’s This American Life, the BBC’s The Digital Human and The Human Zoo, the Australian Broadcasting Company’s Future Tense, CBC’s Ideas, and Tru TV’s Adam Ruins Everything programs. It has even been the subject of a Doonesbury cartoon. He has served as an associate editor of the Journal of Personality and Social Psychology twice. He has also been a visitor at Yale University, the University of Mannheim and the University at Cologne. He has served as president of both the Society of Experimental Social Psychology and the Society for the Science of Motivation, as well as chair of the Publication and Communications Board of the American Psychological Association. In 2016 he was awarded the Distinguished Lifetime Career Award from the International Society for Self and Identity, and he has been a fellow at the Center for Advanced Studies in the Behavioral Sciences. He holds a BA from Michigan State University and a PhD from Stanford University, both in psychology.