Identity and Underrepresentation: Interactions between Race and Gender 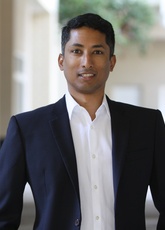 Jean-Paul Carvalho is an economist working in the fields of political economy and social dynamics. He is an Associate Professor of Economics (primary) and Logic & Philosophy of Science (courtesy) at the University of California-Irvine, where he teaches game theory and political economy. He has been a visiting scholar at Harvard, Oxford, NYU, Stanford, and Warwick.

Underlying economic performance is the social ecology in which economic and political decisions are made, composed of social norms, culturally transmitted preferences and belief systems, and groups and networks. These social institutions in turn evolve in response to political-economic conditions. He studies this co-evolutionary process using models of population dynamics, which leads him to draw upon and contribute to a number of emerging fields, including the economics of identity, the economics of cultural transmission, and the economics of religion.