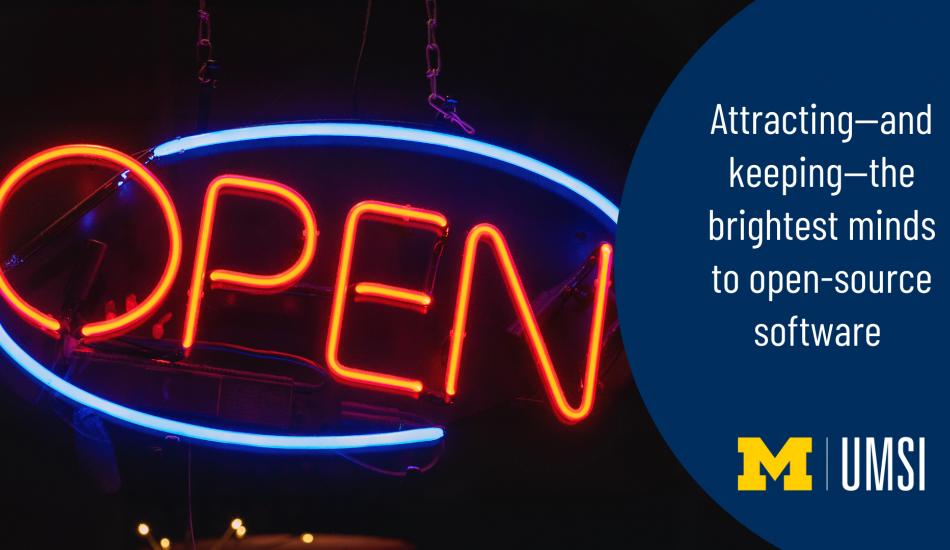 Every industry wants to attract the best people to contribute to their projects. Keeping highly skilled workers engaged has spurred many motivational approaches, including financial compensation.

But for open-source software (OSS)—software that is free and open to be used, changed, and added upon by anyone—financial incentives aren’t part of the motivation equation. Managers of these OSS projects rely on developers to expand source code, adding to the project and growing its reach.

These project owners have a doubly difficult problem: not only attracting highly skilled developers but also keeping them continually contributing to the project.

For example, a splashy project might catch the eye of a skilled programmer, but that’s not enough to motivate them to keep coming back. “Highly-skilled developers have more opportunities and limited time,” says Inna Smirnova, postdoctoral researcher at University of Michigan School of Information. She says skilled developers make strategic choices on which projects to allocate their efforts.

In new research, Smirnova and her colleagues uncovered what factors can motivate skilled developers to engage with—and keep coming back to—OSS projects. “There's research on what motivates the average person to join the OSS development, but nobody has looked at attracting and keeping very skilled developers motivated to continue contributing,” says Smirnova.

Developers are often motivated to make contributions to OSS because of intrinsic reasons, says Smirnova; they are interested in a problem, they view the work as a side project or hobby, or they want to be a part of a community. By its nature, extrinsic motivators (like money) don’t factor into OSS participation. “There is no work contract, there are no financial incentives, and people can leave any time,” says Smirnova.

Without a payout, the researchers wondered what motivators were the most powerful for sustained OSS contributions from highly skilled developers. Using two major developer platforms, GitHub and Stack Overflow, they pulled contributor data over the past several years.

GitHub is a transparent platform, says Smirnova. “You can see OSS projects, their founders, and then you see pretty much every activity on the platform and who performed it.” For example, if a developer submits a patch to a specific project, the entire community can see it and comment on the code.

To understand how many of these OSS contributors were ranked as “highly skilled” developers, the team turned to profiles on knowledge platform Stack Overflow. Smirnova explains that users on Stack Overflow are ranked based on their answers to queries or how helpful their solutions are for sticky software problems—the best developers have the highest rankings. Contributors that appeared on both platforms were merged to show their number of contributions at a particular skill level.

We found that it is harmful for project founders to reveal their corporate affiliations in OSS,” says Smirnova. She notes this is aligned with earlier research that said people tend to contribute to OSS projects for altruistic reasons. “They do not want to be used by companies.”

It seems likely that highly skilled people would be drawn to high status, selective projects, but Smirnova says they found the opposite to be true for OSS. “The status of a project or being part of the exclusive community does not play a big role in contributions,” she notes. Instead, highly skilled developers are more interested in their work being enthusiastically received and merged into OSS projects. Smirnova says that time and effort is a limited commodity and “you don’t want to waste your work because you have other opportunities.”

Lastly, timely feedback swayed skilled developers to stick with OSS. “The speed of feedback matters,” says Smirnova, adding that people who are confident in their abilities aren’t likely to stick around for a prolonged verdict on code contributions. She reiterates that time is a valuable resource for skilled developers.

Smirnova says that their findings can be helpful for OSS project managers who are struggling to keep their projects moving forward. She notes that loosening how selective a project is might attract more highly skilled people, while fast feedback will keep developers coming back for the long haul.

“The way the project is managed has implications on developers’ perceptions and willingness to stay,” she says.

For more information on this research, please email: sderouin@umich.edu. 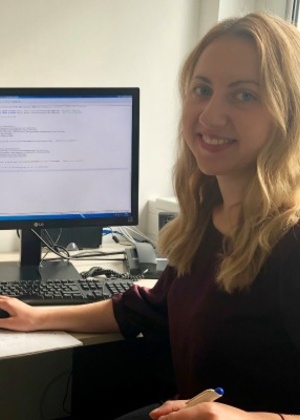