These negative practices continue to plague social media. They have been written about, talked about, cursed – but not yet effectively countered.

Eric Gilbert is determined to launch an effective counteroffensive by blending computer science and social science to extend the technical limits on today’s social media.

He has received a $482,075 National Science Foundation grant to pursue this goal with his study, “CAREER: Machine Learning-based Approaches Toward Combatting Abusive Behavior in Online Communities.”

The grant was awarded while Gilbert, UMSI associate professor of information, was at Georgia Institute of Technology in Atlanta; the grant has been transferred to UMSI.

Gilbert is taking a wide-angle lens approach to the social media abuse problem. He notes in his proposal the growing angst about the rage and abuse on major platforms, mainly powered by, as he terms it, the “disinhibition effect.”

In addition, Gilbert argues, “I believe abusive behavior presents a deep threat to today’s Internet – much the same way spam threatened to overwhelm it 15 years ago.”

In his study, Gilbert plans first to study the “raw text” of posts, including such attributes as the posts’ place in an online conversation, its sentiment, and background relationships of the people involved.

He will then develop algorithms that will make predictions about a post’s likelihood of being labeled as abusive, which will help “lay bare the structure of online abuse over many types of online conversations.”

From there, his major goals will be to build, deploy and evaluate anti-abuse intervention tools; develop an integrated education and outreach program that focuses on scaling up the educational and broader impact of his anti-abuse research – thus making use of this “teachable moment.”

This includes creating a publicly available application programming interface for use by all developers and online community managers.

With this project, Gilbert joins a few other researchers – among them UMSI’s Libby Hemphill and Sarita Schoenebeck – who are forming a growing counteroffensive against social media and online deviancy.

As Gilbert notes in his proposal, abusive online behavior falls under the “we know it when we see it” definition.

Which is exactly what he’s working for. Know it, see it, confront it. And then counter it. 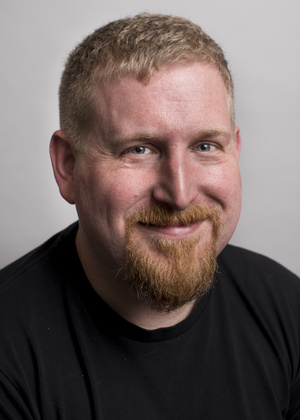