ANN ARBOR—Researchers at the University of Michigan have come up with a new way to measure educational success by looking at the total effect of the many traits and abilities it takes for students to be successful in school.

They call this quantity "student capital."

In the research reported in Science Advances, Christopher Quarles and colleagues at the U-M School of Information say it would be valuable if education efforts were focused on building skills and resources more broadly to improve this form of capital.

"We know from previous research that students' ability to be successful in school is related to many things: academic preparation, family responsibilities, how much money you have, whether you have a stable place to live, self-confidence, self-discipline, etc.," said Quarles, a doctoral student at the school who previously taught mathematics at the community college level.

"We were able to measure the total effects of all of these factors together in groups of community college students."

Student capital doesn't function like standardized tests such as IQ or SAT scores, the researchers explain. It is a pool of resources and is limited in any community of students.

Factors that go into student capital are skills and assets they have, and the absence of challenges like food insecurity, homelessness and illness, among others.

"Beyond school, life throws barriers at us all of the time, and having more useful skills and resources will help us deal with those, too," Quarles said.

In their study, the researchers use the example of a commuter student whose car breaks down, causing her to miss class. If she has a strong social network, she may find a ride with a friend. If her academic skills are strong, missing the class won't affect her learning. If her cultural skills are adequate, she can negotiate with her professor to avoid a grade loss. If she would have had more financial capital in the first place, perhaps she could have moved on campus to avoid the problem of commuting.

More than a million students drop out of school every year in the United States, which includes more than 500,000 high school students and more than 600,000 college students. Educational institutions have responded by instituting programs and policies that address specific barriers to educational success.

The U-M research looked at 150,000 degree-seeking students in 140 cohorts from 28 community colleges in Washington state. Quarles said the research focused on community colleges because that is where the most inequality in education shows up. The graduation rate from two-year colleges is around 39% in six years, compared with upwards of 90% at many four-year institutions.

"This is a reality for many communities and families where earning a two-year degree is an incredible achievement," he said, but added that education inequality affects everyone so the concept of student capital is generalizable for everyone.

The research team's measure of student capital became credits earned over five years, and whether students dropped out, graduated or transferred to a four-year institution.

They tested the data with four models to determine the shape of student capital distribution: 1) cognitive (based on belief outcomes are measured by IQ and achievement tests), 2) rich-get-richer (power law: increasing benefit for students with more resources), 3) finite resource (exponential: limited resources available to students in a given community) and 4) context specific (impacted by individual college interventions).

The finite resource model fit with the data while the others did not.

"Because the same result held for 140 cohorts of students, this shows that the same structural forces lead to educational inequality in different areas. And the dominant force that leads to inequality seems to be that, in a population, there is only a limited amount of student capital," Quarles said. "In other words, a community may only have limited time and ability to pass on the traits, skills, and resources needed to be successful in school.

"This suggests that interventions focused on student success should focus on building up skills and resources in students. This might help them be more broadly successful with their other goals."

Other U-M authors were Ceren Budak, assistant professor of information and of electrical engineering and computer science, and Paul Resnick, the Michael D. Cohen Collegiate Professor of Information.

The Shape of Educational Inequality 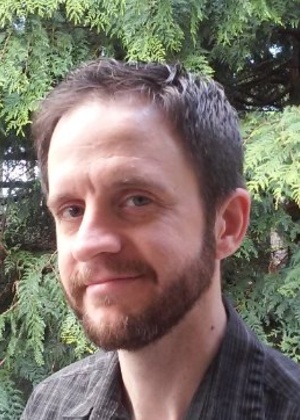