Up close and personal: Tours by Detroit residents showcase city's vibrant past and present 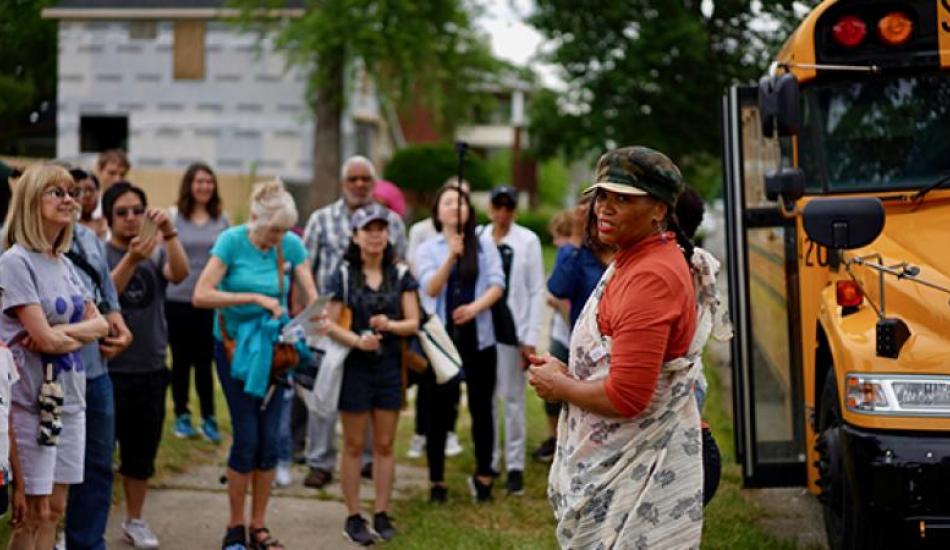 Detroit visitors now have four new urban tours to enjoy, thanks to help from a team of faculty and students at the University of Michigan School of Information (UMSI). The team provided a group of Eastside residents with technical assistance to launch four new tours that cover Detroit’s bootlegging history, urban farms, Motown, and the city’s African-American story.

Since 2016, a UMSI team led by faculty members Tawanna Dillahunt, Kentaro Toyama and Joyojeet Pal have been researching how to help people in “lean” economies learn entrepreneurial skills – and use them to earn much-needed side income.

The UMSI team encouraged residents at the Eastside Community Network in Detroit to invent ways they could earn extra income without going into debt or disrupting their jobs and lives. This is no small order in areas where entrepreneurial role models are largely absent.

After about a year working with the USMI team, some residents decided to conduct the themed bus tours. These residents would lead the tours, sharing their own life experiences and knowledge of their city and specific neighborhoods. The project was named the Detroit Tours Collective.

Their slogan: “Get to know Detroit with long-time locals.”

"A lot of people that attend the Detroit Tours Collective meetings joined because they wanted to change the story behind how people see Detroit,” says UMSI Research Fellow Julie Hui, who is working on this project. “They had wanted to give tours, but just hadn’t had the time or resources to do it. So the meetings were really helpful.”

Four specific tour plans came out of these meetings:
•    The “Bootleggers Tour” features key sites bootleggers used while importing illegal alcohol, including tunnels, speakeasies and canals.
•    The “Urban Grown Tour” introduces tourists to two urban farms that are “transforming vacant spaces into hubs of healthy eating, youth education and community development,” as the website describes.
•    The “Motown and Beyond Tour” brings to life the history of one of America’s most amazing music stories.
•    The African American History Tour is still in the planning stages.

Residents helped identify the sites and come up with the narratives they will share on the tours. The UMSI team helped with more technical assistance – such as helping to build the website, figure out the cost-per-tourist ratio, logistical details -- and lots of moral support.

Hui says this project has offered great insight into Detroit residents. “There is such a rich community that not a lot people outside the city, or even in the city, know about. We initially started this tours collective as a way for locals to make side income that could go towards their block clubs or other professional development.

“But, as an outsider, I really had no idea how much effort people put into growing and re-growing their neighborhoods.”

The residents who served as tour guides greatly appreciate the UMSI team. On the return trip from the Urban Grown Tour, guides and Detroit residents Wendy Casey and Nefer Ra Barber pointedly thanked Hui and Dillahunt.

“This tour would not have happened without their help,” Casey said, to the applause of the tourists on the bus. 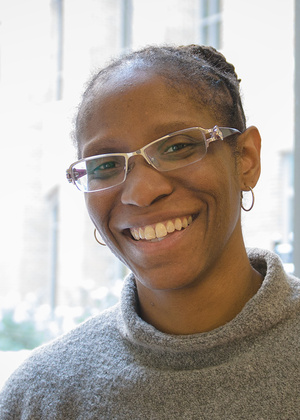