Decorated gymnast Uche Eke (MSI ’21) is flying high. He’s recently graduated from the University of Michigan School of Information’s Master of Science in Information (MSI) program with a 4.0 GPA, scooping up a Margaret Mann award for demonstrating exceptional academic ability and professional promise, too.

He’s also reached his ultimate athletic training goal of qualifying to represent Nigeria as the country’s first Olympic gymnast at this year’s games in Tokyo, Japan.

“Both of my dreams came true,” says Uche. “My dream of being an Olympic gymnast is finally right in front of my eyes, and I’m making my parents proud because I have an MSI degree now.”

Uche, who has been practicing gymnastics since the age of three, offers this insight to other Wolverines who aspire to build a multifaceted legacy: “It’s tough. It’s a lot of sacrifices, and that’s why you just have to really want it. If you can answer the question ‘why,’ don’t let anything stop you.”

For Uche, answering that question begins with bringing honor to the country where his father was born and where he visits twice a year.

“What’s driving me is that I want to give back to Nigeria every time I go.”

Uche says his UMSI degree has opened up career opportunities for him, and he's hoping his Olympic pursuits will do the same for his second homeland.

“Combining this degree with my being a Nigerian gymnast, that recognition,” Uche brightens, “I could do something hopefully to better the country.”

Going for gold at UMSI

Uche says U-M and UMSI faculty and staff have provided important support on the way to achieving his goals, as they’re able to understand what student athletes go through on a day-to-day basis.

“We can book tutoring appointments for free through the University of Michigan and have tutors teach us or go over lectures,” Uche says, “and UMSI has helped me a lot. I remember I would walk into Ed Happ’s class maybe thirty minutes late with a big plate of food like, ‘Sorry, I haven’t eaten for six hours!’ But I would always sit up front to make sure I paid attention.”

In Lecturer Edward Happ’s class, SI 627: Managing and Leading the IT Org, Uche was extra motivated to pay attention after full days of training and classwork. He was matched with a mentor who held the same Chief Information Officer (CIO) role he dreams of working in one day after his gymnastics career is behind him.

“I dream one day to be a CIO or a Chief Technology Officer,” Uche says, “and I have an idea of what I want to do in the future because of this class and because of the MSI degree program in general....”

Uche says he even incorporated a management technique from one of his MSI courses into his personal goal tracking system while chasing his Olympic dream.

“I like to write things into existence,” Uche says. “I wrote my Olympic dream on a Kanban board because I learned that in class, and it helped me achieve my goals and make sure I’m going down the correct path.”

Looking toward the Olympic Games

So what’s written on Uche’s Kanban board now as he approaches Olympic competition on Saturday, July 24?

“I’m looking to perform my routines to the best of my ability,” he says, citing the pommel horse and horizontal bar in particular.

While a meditative mindset is key during competition, prep work is as important to success in gymnastics as it is in academics, says Uche.

“In gymnastics, it’s not just, ‘Oh, I’m doing a flip and I will land.’ No. I happened to land due to a bunch of practice. A competition is like an exam. If you've studied as hard as you could for the exam, then you should be doing well. Same for gymnastics. If you train as hard as you can, then your performance at the competition should reflect your practice.”

Kurt Golder, head coach for the University of Michigan men’s gymnastics team, is hopeful Uche can keep his positive outlook throughout the Olympic competitions.

“I want him to go there and have a really good experience,” Golder says, “so he’s not putting too much pressure on himself. Just have fun, relax, and go out there and do his routine like every routine he’s done in Ann Arbor.”

The people of Nigeria are equally behind their first Olympic gymnast, and Uche got to feel the support of the whole country during a post-qualifiers visit where he met with Nigerian Minister of Youth and Sports Development Sunday Dare.

And now, just a few days out from competition, the Olympic dream is burning as brightly as ever for Uche.

“Right now I dream about raising my hand, saluting, getting ready to perform my routines,” he says. “I dream of walking out on the main stage with the Nigerian colors. Too bad there won’t be any fans there to raise the flag. But it’s ok. It’s all in my heart.”

The 2020 Summer Olympics will take place in Tokyo, Japan Friday, July 23 through Sunday, August 8. Catch Uche in the artistic gymnastics competition on July 24.

Learn more about Uche, his athletic career, and his work as a graduate student instructor in his Faces of UMSI profile.

Read more about UMSI’s Master of Science in Information program. 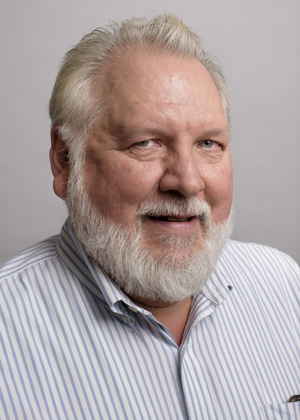