The unofficial annual holiday is an initiative of Emojipedia, an online encyclopedia for defining and contextualizing emoji. How did the organization choose July 17? It’s the date on the emoji calendar, of course. 📅

Created in 1999 by Japanese artist and interface designer Shigetaka Kurita, emoji, also known as emoticons, are bite-sized visuals that help convey emotions in virtual communication, and that represent symbols and objects. University of Michigan’s School of Information community members have long been interested in the intersection of emoji and information.

To celebrate World Emoji Day, here is a collection of UMSI research and emoji-related resources from the school’s monthly Fun Size newsletter.

UMSI Research Fellow Xuan Lu presented “Understanding Online User Groups Through Emojis” as part of the 2020 Data Science/Computational Social Science (DS/CSS) seminar series. The research looked at the power of emoji in conveying nonverbal messages across language barriers and their use as instruments to study the commonalities and differences of various user groups.

Qiaozhu Mei, associate professor of Information, took home a best paper award at the 2019 Web Conference for his paper “Emoji-Powered Representation Learning for Cross-Lingual Sentiment Classification.” The paper describes the development of a machine learning tool that uses emoji to classify online sentiment across all languages.

In 2017, a team of researchers from UMSI, Technical University of Berlin and Ulm University wondered whether using emoji for passcodes might be more enjoyable, memorable and even more secure. The group developed EmojiAuth, an emoji-based login system for Android smartphones. Their findings? “Emoji-based mobile authentication is not only practical but also an enjoyable method of remembering and protecting passwords -- so long as users don't use emoji in a sequence that corresponds to a pattern on the keyboard,” said Assistant Professor Florian Schaub.

The most recent update to Apple’s operating system, iOS 14.5, has some new and useful features, says Mashable, but the one people are most likely to care about is the 9 new Emoji, including a flaming heart and a woman with a beard. We could have used the new syringe emoji a few months ago, but we’ll save it for our booster shot.

Emoji can come in handy when we’re trying to tone down a potentially cranky email, but let’s expand our emoji vocab beyond smiley wink face. This New York Times article suggests ways to use emoji and reminds us there are over 3,000 of them. No excuses–why not send a goat (Greatest of All Time) today?

Wheelchairs and service dogs, waffles and falafel – just a few of the new emoji approved by the Unicode Consortium coming to messaging apps in the next few months, says TechCrunch.com. Browse all the new options here.

Mammals and insects constitute two-thirds of animal and nature emoji. That’s just not right, claim a couple of marine scientists, since most of the world’s biodiversity lives in the oceans. Their emoji candidate drawn from the briny depths is the anglerfish, according to Atlas Obscura. You know you want to see one. 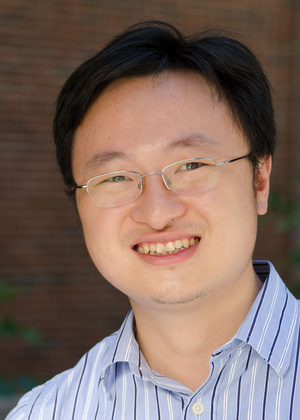